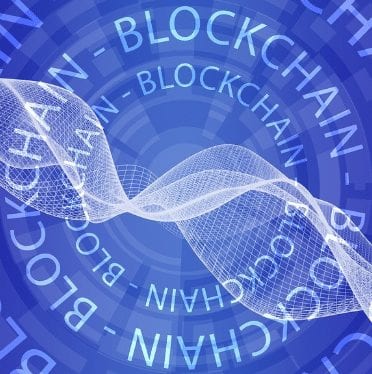 Jake Zimmerman is a Senior at New Hope-Solebury High School. He will be graduating on June 15th, 2018 and will continue his education at Haverford College in the Fall, majoring in Computer Science. Jake interned with us in May as a requirement of his senior project. Throughout his internship here at TechWise Group he spent a lot of time researching and learning about Blockchain and Cryptocurrencies – which still seems like such a mysterious phenomenon to most of us. He did an awesome job summarizing the enormous amounts of information into one article, and TechWise Group was very happy to have had Jake as part of the team! Thank you for all your hard work, Jake!

Blockchain and Cryptocurrencies – A “Basic” Explanation

Bitcoin recently stunned the world with its sudden surge of value, reaching a high of about $20,000 for just one Bitcoin! It left people wondering what cryptocurrencies are, how they work, and why people use them. Here is a basic definition of a cryptocurrency like Bitcoin, Ethereum, or Litecoin: digital currency that uses encryption techniques for security and is independent of any single entity, like a government or a bank. One can use a cryptocurrency like any other currency by paying a certain amount for a good or service. You want my car? I’ll give it to you for 1.88646211 Bitcoins.

Let’s take a look at how it all works.

The Creator of Bitcoin – Satoshi Nakamoto

In November of 2008, a person by the name of Satoshi Nakamoto published the groundwork for the Bitcoin protocol titled “Bitcoin: A Peer-to-Peer Electronic Cash System.” About two months later, the first ever Bitcoin block was created. And nearly a decade after that, Bitcoin became a worldwide phenomenon. No one doubts that Satoshi Nakamoto, now worth 7 billion dollars, was the founder of Bitcoin. The debate revolves around the true identification of Satoshi Nakamoto. Is it a boy or girl? Is it a single person or a group of individuals? Nakamoto stated that he/she/they was born in Japan on April 5th, 1975, but is this even true? It could just be another misleading revelation to protect Nakamoto’s true identity. In 2011, Nakamoto wrote that he had “moved on to other things,” which was his final message to the world before disappearing.

The main benefits of a cryptocurrency come from its decentralized and secure properties. Its decentralized characteristic appeals to the masses because it means saving money. Transaction fees are minimized without the need for a middle man, like a bank or other financial institution. Also, it gives more power to the people because the government cannot manipulate cryptocurrencies like they can with paper money by just printing more whenever they please.

With hackers scheming in all types of ways for an easy buck off a working citizen, security is a must. Cryptocurrencies are designed to be more secure than any prison cell in the world. This mainly comes from the technology that cryptocurrencies are run on: Blockchain.

Blockchain is more or less what is sounds like: a secure chain of “blocks.” The chain of blocks of as a whole is known as the ledger, and anyone using the

blockchain is given a copy of the ledger. Blocks can be created or checked by anyone in the network, are in chronological order of when they are created, and contain three main elements: some data, a hash, and the hash of the previous block.

The data stored in a block depends on the type of blockchain. For example, the Bitcoin Blockchain Blocks store the details about the transaction, such as the sender, receiver, and amount of coins.

A hash identifies a block with all of its contents, and is unique, just like a fingerprint (Example of a Hash: 9bccaeae42acff5e535683f38d858d45). If any of the data in a block is changed, the block is automatically given a new hash, which makes it easy to determine if a block has been altered in any way.

However, modern computers are growing faster every day and can calculate hundreds of thousands of hashes per second. An individual could effectively alter a block to his or her liking and recalculate all the hashes of the following blocks to make the blockchain valid again. So, blockchain has another security mechanism called the proof of work. 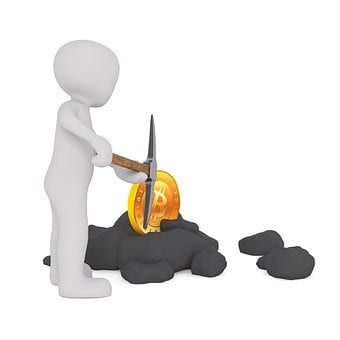 Proof of work slows down the process of creating new blocks. In the Bitcoin Blockchain, it takes about ten minutes to create a new block, which is its proof of work. Think of the proof of work as a really difficult math problem that every computer on the blockchain’s network is trying to solve at once. For the Bitcoin Blockchain, it typically takes about ten minutes for the computers to solve this math problem. Once a computer solves the problem, the owner of that computer is rewarded newly created Bitcoins. People who donate their computers’ processing power to the network to solve these math problems are called miners. Miners are given their name because they are figuratively “mining” new bitcoin whenever their computer solves a difficult math problem. Miners are responsible for meeting the proof of work requirement for a transaction, validating transactions, and finally adding blocks to the blockchain.

The last main security technique of blockchain comes from its decentralized property. Each time a new block is added, it needs to be validated by a certain amount of computers on the network. A validation happens when a computer looks back through its copy of the ledger to ensure that the spender actually has the amount of cryptocurrency it wants to send, and that the spender has not already spent it on something else. If a certain majority of computers on the network agree that the transaction is valid, a consensus between computers is met, the validation process is complete, and the transaction is added to the block to be put on the blockchain. A consensus, or agreement by the majority, is necessary to keep any one person from changing the ledger to his/her liking. For example, if one person changes the ledger, this ledger will be rejected by the network when it is used in a transaction because the majority of computers have a different, correct version of the ledger.

All in all, blockchains remarkable security comes from its creative use of hashing, proof of work, and decentralization. If someone wanted to hack a blockchain, they would have to change the block they wanted to change, recalculate each following hash, go through the proof of work for each following block, and do this for the majority of computers on the network by somehow gaining access to all those computers. In plain terms, this is impossible!

This security can be useful in ensuring privacy for many other aspects of society other than cryptocurrency, such as medical records, digital notaries, or even tax collections. The possibilities are far and wide for this innovative technology.

The number of Bitcoins that are rewarded to miners for their computational power is halved every 210,000 blocks, or roughly once every four years. When Bitcoin was created in 2009, miners were rewarded 50 Bitcoin for each block they added to the blockchain. It was halved in 2012, and again 2016 to its current reward of 12.5 Bitcoins per block mined. In 2140, Bitcoin will no longer be mined at all, and the number of Bitcoins will finite at 21 million. The “Halvening” has significant effects on the price of a bitcoin because when the amount of Bitcoins created every day is suddenly cut in half, there is less supply than expected, but still the same demand. This means the “Halvening” can make you money if you predict Bitcoin’s value variations, just like stock.

What if Cryptocurrency became THE Currency?

Using Bitcoin means cutting out the middleman, saving people money on transaction fees, avoiding money manipulation by banks and governments, and remaining completely anonymous and untraceable. The masses love these qualities of Bitcoin, and most economists stand behind Bitcoin because it avoids corruption from governments and banks that have their own interests in mind, putting more power in the hands of the people. However, actually implementing this will have other repercussions that might change minds.

First off, transactions involving crime will be much easier to complete because all Bitcoin transactions are anonymous and untraceable. Many crime agents have already credited Bitcoin for their success. Additionally, if somebody steals your private key by looking through your computer (AKA gains access to your virtual “wallet”) and spends all your bitcoins, there is no getting them back. There is no turning to a bank when your mortgage payment gets hacked or a transfer of assets fails. Additionally, cutting out banks and governments will mean laying off thousands and thousands of workers at those institutions. Although technology already seems to be pushing toward completely automated monetary services, Bitcoin would immediately alleviate the need for numerous workers. Lastly, cryptocurrencies and blockchain are complex technologies, and if people do not understand what system they are putting their hard earned fortune into, they could risk losing it all. For example, Bitcoins are stored on users’ computers, so if they do not install antivirus software or employ effective backup measures, they could risk losing it all if a computer catches a virus, spontaneously explodes, or is just thrown out by a user that does not know any better.

Tags: Cryptocurrency
Get A Fresh Take On Tech Delivered To Your Inbox
Areas of Expertise

Contact Us
Copyright 2019 - All Rights Reserved - Privacy Policy
We use cookies to optimize our website. Cookies help to provide a more personalized experience and relevant advertising for you, and web analytics for us. To learn more, and to see a full list of cookies we use, check out our
Manage options Manage third parties Manage vendors Read more about these purposes
View preferences
{title} {title} {title}
Scroll to top